Powell is found in Delaware County in Ohio, and sits between the Scioto and Olentangy Rivers. First settled around 1801 and incorporated in 1947, it remained a small town until the late 1980's. As the Columbus metropolitan area reached Powell, the population grew.

The city is an affluent bedroom community for Columbus, which is about 14 miles to the south. Powell is well known for its historic downtown, which features lovely antique shops. Past and present residents of Powell have been dedicated to preserving the historic nature of the city.

Residents enjoy the small town feel of Powell while still being in proximity to adjoining Liberty Township, which offers the Columbus Zoo and Aquarium and its water park Zoombezi Bay, O'Shaughnessy Dam, and the historic Olentangy Indian Caverns.

The City of Powell was even named “One of the Best Places to Live in the United States” by CNN/Money Magazine.

Homes for Sale in Powell by Price

There’s an easier way to keep up with new listings in Raleigh. Save your searches, save favorite properties, and sign up for new listing alerts by creating your personal Property Organizer account today.

Get to Know Powell

Why Do Residents Choose Powell?

Residents take pride in the city’s friendly atmosphere as well as its miles of walking and biking trails, eight award-winning parks, local retailers and artisans, and more. Powell is proud to have been named a Tree City USA by The National Arbor Day Foundation for 12 years in a row. The annual Powell Festival, held in June, features two days of live music, food, events and a spectacular fireworks display

The City of Powell also features about 85 acres of park land and over 8 miles of trails. More than 200 diverse year-round educational, recreational, and leisure activities are offered throughout the parks and facilities.

Students in Powell are served by the Olentangy Local School District. The Olentangy Liberty High School is located in Powell, as well as the K-12 preparatory school Village Academy.

This district is renowned for both is comprehensive, cutting-edge curriculums and its highly trained educational professionals. Students also have the option of taking part in a wide variety of different extracurricular activities.

Ready to Find Your Dream Home in Powell

Ready to find the perfect home for you in Powell? From its incredible lifestyle to its gorgeous hometown environment, you're going to love the tranquil atmosphere of Powell. Search Powell homes for sale today! Give us a call to get started. 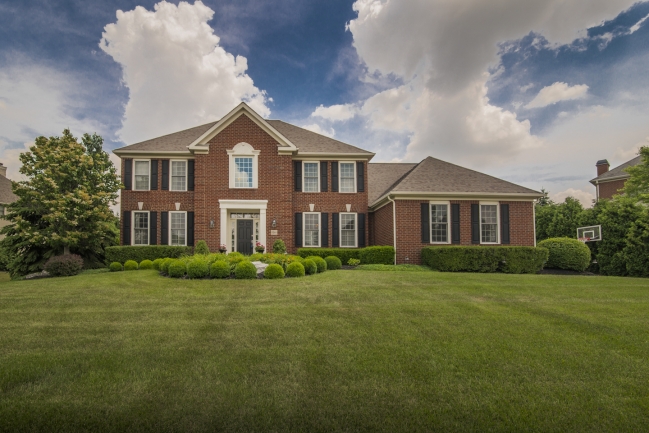 Wedgewood Golf and Country Club
$375,000 - $1,300,000
The multiple listing information is provided by the Columbus and Central Ohio Regional MLS from a copyrighted compilation of listings. The compilation of listings and each individual listing are ©2020 Columbus and Central Ohio Regional MLS. All Rights Reserved. The information provided is for consumers, personal, noncommercial use and may not be used for any purpose other than to identify prospective properties consumers may be interested in purchasing. All properties are subject to prior sale or withdrawal. All information provided is deemed reliable but is not guaranteed accurate, and should be independently verified.
CBRMLS IDX solution by Dakno Marketing